As we blogged at the time, we attended and manned a stand at the IOM3â€™s Rubber Convention this year in Manchester. We enjoyed meeting many people from the rubber industry as well as those researching the next big developments for rubber. 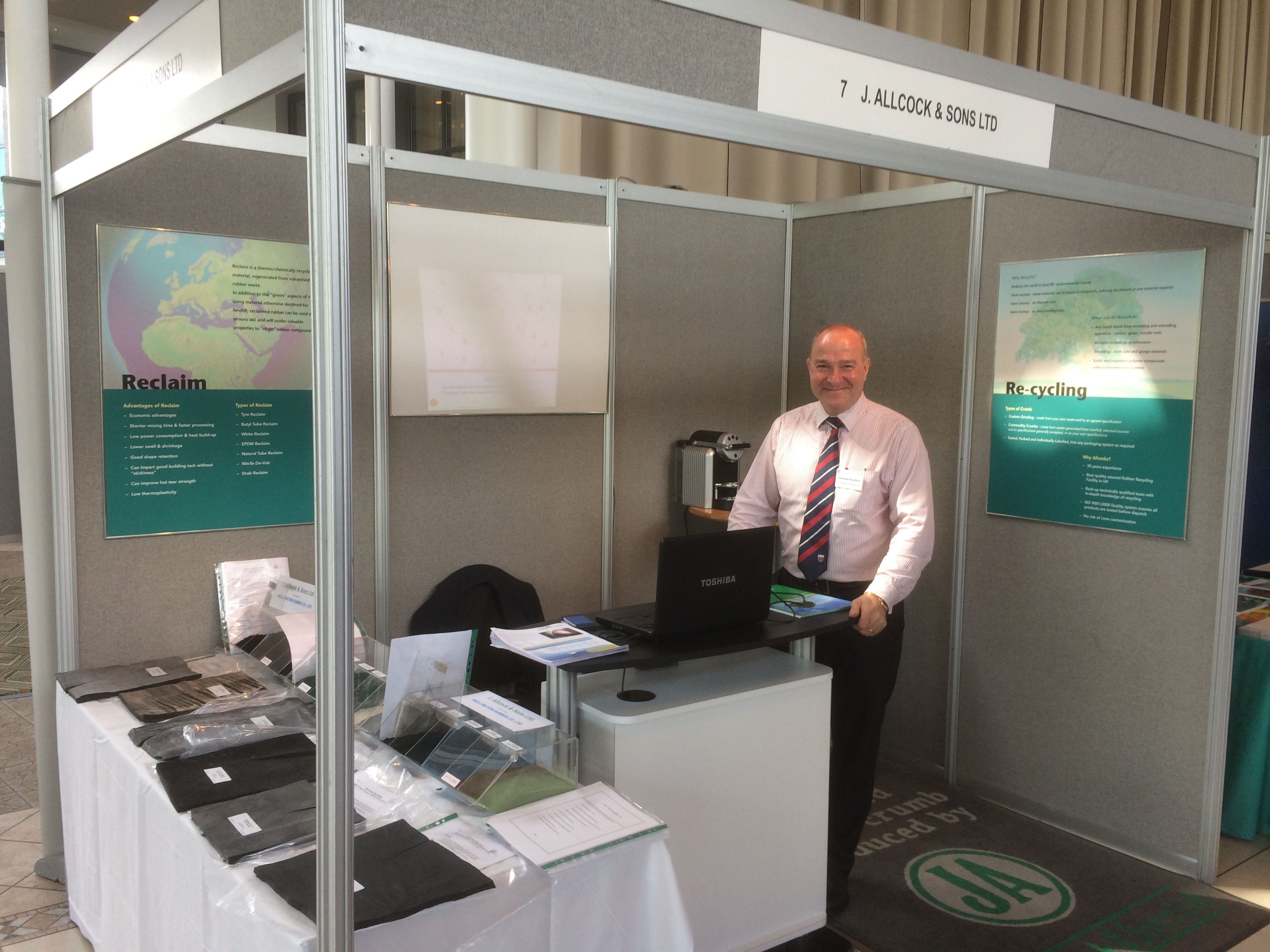 Andy Rushton and our stand at the IRC Rubber Convention 2014

Over the two days of the convention (14th and 15th May) we gave out two copies of a history of Manchester in photographs. The first was won by Ms Karin Janet Stein Brito (see picture below) of the Polymer Technology Centre â€“ SENAI in Brazil, whilst the second was won by Mr Bill Adam of Adam Polymer in the UK. 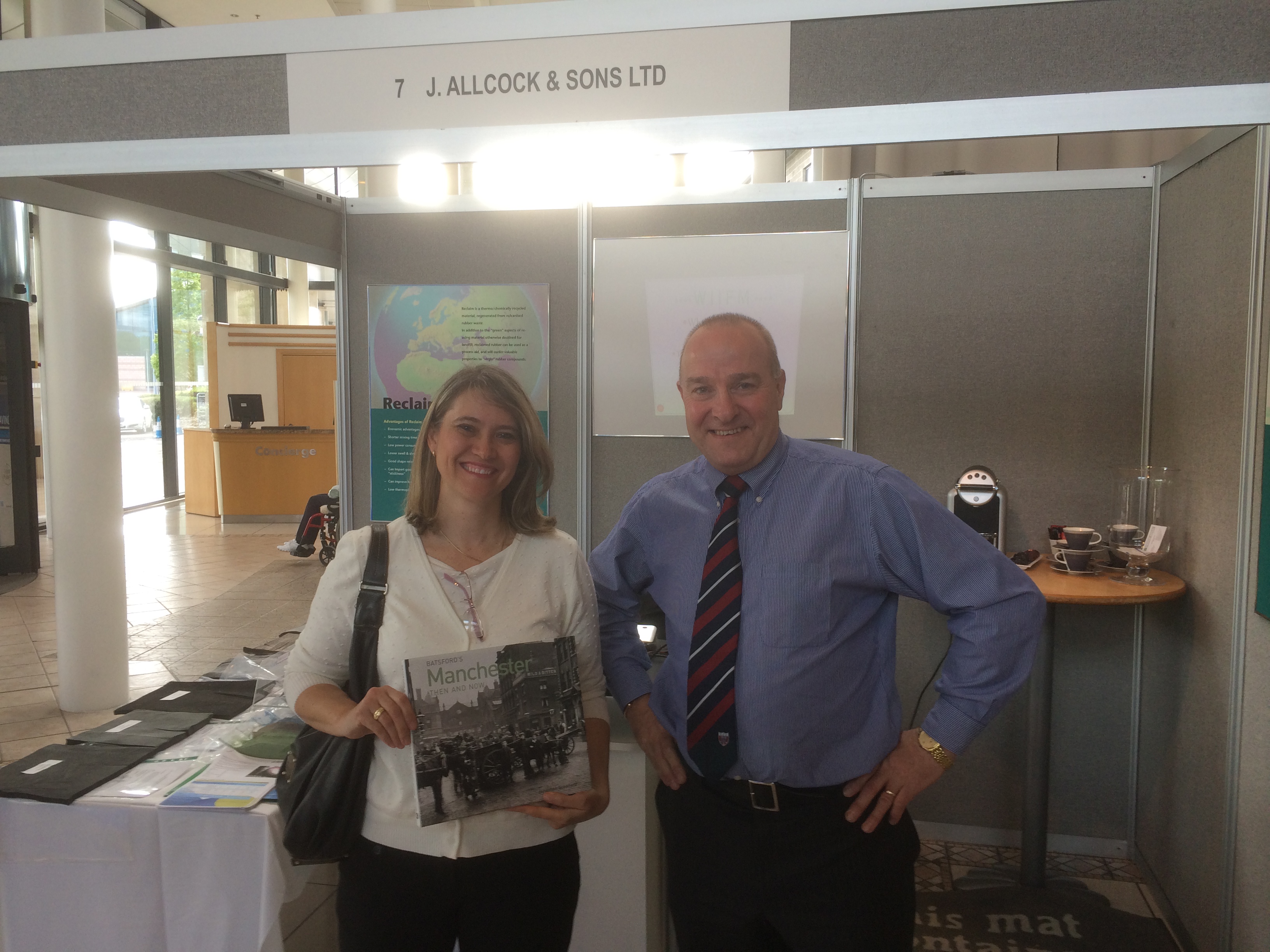 We look forward to the next conference and hope to spread the word of Rubber Reclaim and Rubber Crumb such as their benefits in formulation and myriad uses.

Just a short message to say that we have a stand at the IOM3 Rubber Convention 2014. Come and have a chat and a coffee with either myself or Andy Rushton